It happens, I get it – some video game characters are just unbelievably attractive. And in Animal Crossing, having a favorite villager isn’t uncommon. There are friendly villagers, mean as shit villagers, super cute villagers, and ugly as hell villagers. Because your villagers can move out if they feel neglected, it’s common to shower said “favorite villager” with gifts, or letters. I soon came to realize that my sister’s favorite villager was an adorable pony named Papi. 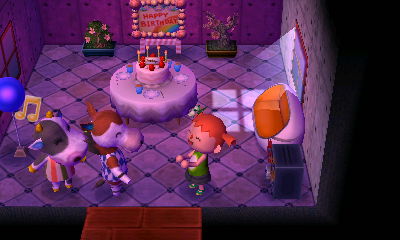 My sister at Papi’s birthday party.  Papi is the brown Pony in the blue check shirt.

Alright, sure.  He’s cute, and he’d probably be my favorite too.  However, it slowly became apparent that he wasn’t just her favorite villager.  It was as if her every waking Animal Crossing moment was spent with Papi.  Our conversations changed from perfect fruit farming, beetle hunting, and furniture arrangements to Papi, Papi, Papi.

“Papi’s shirt is so ugly! I tried to mail him a new shirt to wear, but he only put it in his house instead!”

“Papi won third in the bug off today! I’m so proud of him!” 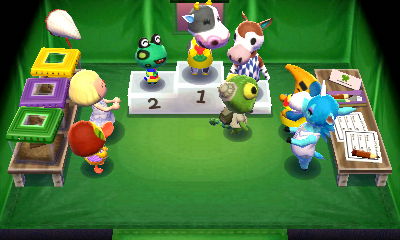 Now at this time, my sister did not have her own 3DS – only her own Animal Crossing game -so she would use my 3DS when I was not using it.  She eventually did get her own 3DS, however, I had access to any screenshots she took when using my DS.

And, to my wondrous discovery, I found her attachment to Papi had already reached the “obsessed” level.  One juicy picture in particular led me to confront her on the subject.

“So, I see there is a picture of you here making out with Papi!” 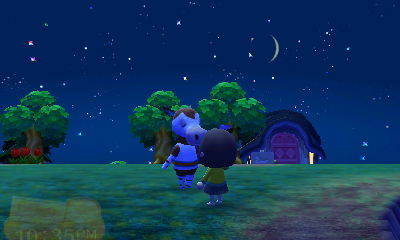 The incriminating photo of my sister kissing Papi!

She paused for a moment, then replied,

So he’s your boyfriend, eh?  The fun part lies in knowing that if you talk a another villager while visiting a different town, there is a chance they will move to your town after your visit.  Every time I went to her town, I would run over and talk to Papi.

“Stop it!  Stop trying to steal my boyfriend!  He’s mine!”

Unfortunately, I was never able to actually persuade Papi to move to my town.  It was still a great deal of fun though, watching her character run around in circles near me when I talking to Papi.  She even went as far as trying to hide Papi behind buildings or trees while I was in her town.

Once I accused her of harassing Papi, that her love was unrequited!  But she told me that was untrue, and that Papi even called her Babe. 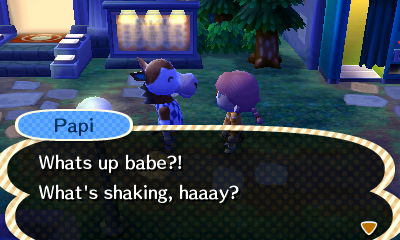 At first I thought she just suggested that as a new catchphrase for him, but Papi wouldn’t call my character babe!  So I guess that settled it: My sister had an Animal Crossing boyfriend.