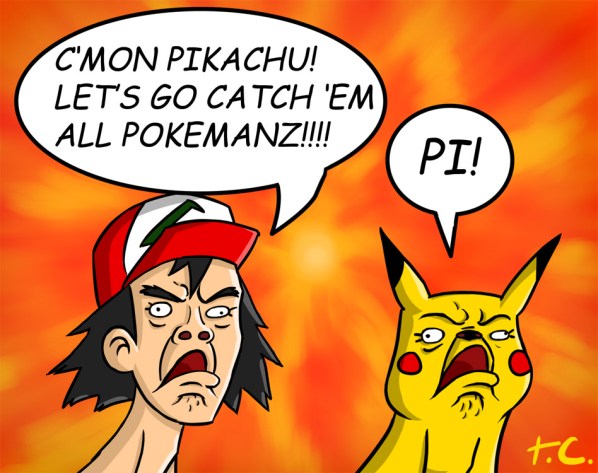 How I imagine the Game Freak team when they were coming out with ideas for new Pokemon.

So, this is an Ice-Cream Pokemon.  Really.  It’s an ice cream cone.  This entire evolution line is really absurd:  Junior cone, to regular one scoop, to double scoop.  Really, really lame Game Freak.  Was there really nothing else you could think of? 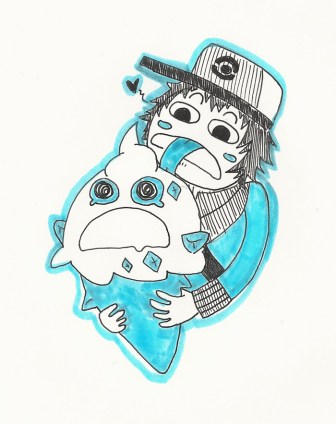 Tasty, tasty Pokemon. Photo cred goes to Apathy and Me

These two evolutions are garbage.  Literally, these Pokemon are piles of trash.  How could anyone have thought this was a good idea?! The first one is derived from “Trash: and “Rubbush”, henceforth “Trubbish.”  The second one is straight-up from the word garbage. 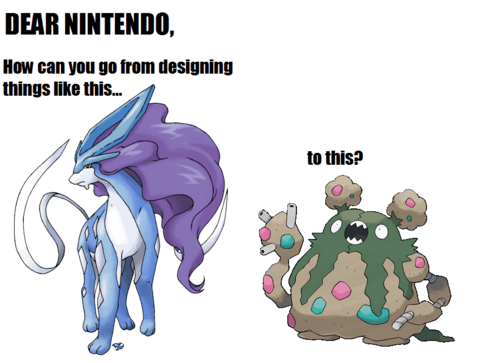 Let’s not forget about Gen 1 Pokemon!  There is no excuse here for lack of creativity due to “All the good ideas have already been used.”  These Pokemon are just pokeballs.  What’s next, the Great ball and Ultra ball editions? 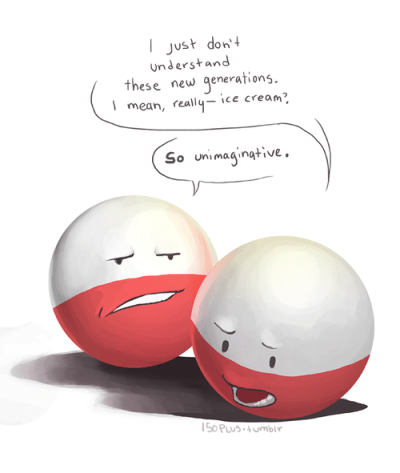 Someone sounds a little hypocritical.

Klefki is a keychian.  With keys on it.  Like, real keys.  Car keys, diary keys, house keys, you name it.  This is how I imagine things went down when Klefki was made:

“So Joe, your new Pokemon design is due today. What you got?”

Shit.  Joe completely forgot his Pokemon design and model were due today.  He glanced about the room in a panic, first spotting his car keys lying on his desk.

And for the model, he picked up his car keys from his desk. 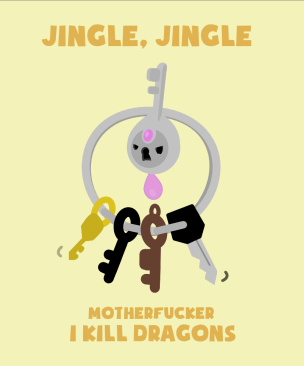 THIS is a Pokemon. Seriously.