I have recorded some of my friends live playing an adorable game called Can Your Pet?  Before you read my post, I suggest you play the game!  It literally will only take you 5 minutes, if that.  Find the game at canyour.pet!

A quick overview of the game:

Can your Pet? is an adorable game where you are the caretaker of a baby chick from birth.  First is customization; your chick can look as adorable or as cool as you want! 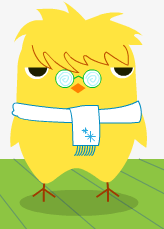 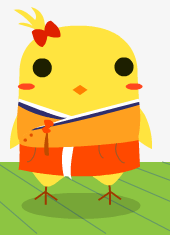 You then get to feed your chick until their hunger meter goes up to full, and wash your chick with the shower head!  The adorable chick will squint his eyes and run away from you when you shower him.  You also get to play an interactive game of soccer, passing the ball back and forth with your chick!  This part actually requires a small amount of skill.

Okay, really now, if you haven’t played the game yet, take five minutes and head over to canyour.pet. You will be glad you did!

I recorded four friends playing Can Your Pet? I ordered them from greatest reaction to least reaction. In the nature of a Live blog post, these videos are completely unedited.  Check them out below!

Jisha is a Computer Science student at Cornell University.  She was baited into playing the game by saying it was a game I had created, and I needed people to play-test it.  She had the strongest reaction of everyone I had play the game – very surprised, and then very sad.  Poor Jisha; she was so distraught that I actually felt like a huge douchebag.

Victor is my sister’s boyfriend, studying IT at Cornell University.  Though I wish I had gotten a view through his webcam, Victor had a pretty good reaction.  His immediate accusation was “Is this a PETA game?!”
My Dad

I went home and persuaded my Dad to play the game.  I believe he was a little suspicious that something sketchy was going to happen in the game, as I told him I needed to record him to make a live blog post.  He had a little trouble with the soccer portion of the game.  Overall I think he found it more amusing than upsetting!

Unfortunately, Ruth was immediately suspicious when the idea that I needed to record her came up, and she prepared herself for some sort of sketchy gameplay.  Trying to hide the fact that you are recording is obviously the best choice here (but of course getting permission before posting videos online), but that’s easier said than done.  Ruth had a rather low reaction to the game.

Overall, from this series of tests and my past experiences of showing this game to friends, that men and women act a bit differently.  Girls are more likely to be visibly upset at the loss of the chick, whereas dudes are more likely to give the impression of “haha, he just totally got nailed!”

It’s in human nature to enjoy watching others get trolled by a game – try it out on your friends!
What was your first reaction to Can Your Pet?