That’s right, I officially have a favorite Pokemon!  I never used to be able to pick a favorite; it was always such a toss-up.  My top two that I really couldn’t decide between were Milotic and Vaporeon, with Dragonair as a close third.  But step aside, water SpD walls, there’s a new wall in town:  Sylveon! 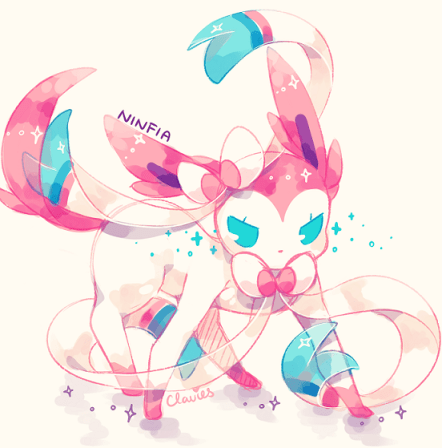 Ever since she was announced as a new Pokemon for X and Y, I was drawn to her.  It’s hilarious now that I didn’t instantly see that she was an Eeveelution, or that she was of course going to be fairy type.  The consensus of the public on the debate of her type was coming to the conclusion that she would be flying, which didn’t really excite me type wise.  It did make for a great mental image when trying to picture Sylveon flying, however.  I’m glad she turned out to be fairy! 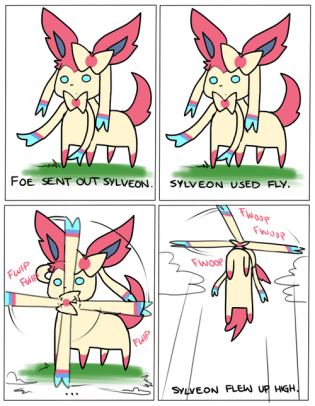 I requested a perfect IV Eevee from my boyfriend, eager to grab my Sylveon before I got to the second gym.  My love for Sylveon only grew through the method she had to be evolved: through Poke Amie.  This means I got to spoil her with all kinds of PokePuffs, while petting her head, ears, and her little ribbon tendrils.  I honestly fed her so much that I thought she was going to explode – or just get really fat. 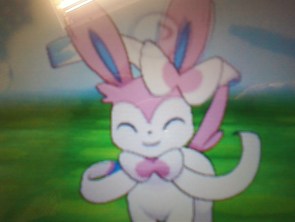 But this Poke Amie is not all fun and games!  Well,  maybe it is, but there is one mini game that is really hard!  Your Pokemon will request you to make faces into the camera, and let’s just say that the 3DS camera isn’t the best camera around.  You pretty much always need to exaggerate your expressions if you want them to register, making you look like a complete fool.

I do really enjoy feeding my Pokémon PokePuffs, though.  The best is when you are holding one out to them and they sit there with their mouth open, salivating at the PokePuff you are holding before them.  Sylveon has these adorable little fangs that you can only see when she opens her mouth!  My favorite though is Ditto, who makes the best face ever when he opens his mouth.  PokePuff, want. 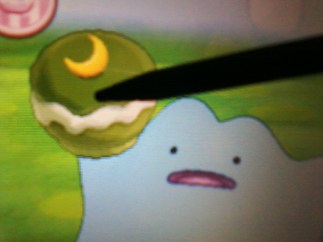 My shiny Ditto, giving you the best face of PokePuff want.

But soon enough I had my Sylveon, and after some painfully slow soccer EV training, I was ready to use her in my game!  She just wrecks everything, and with wish, she never dies.  This is actually perfect for moving through the game, where you are often in dungeons for long periods of time.  I was even able to completely sweep my friend’s team in a wireless battle using only my Sylveon!  And in case you didn’t know, battles with other trainers set all pokemon to level 50 – meaning my Sylveon took out six pokemon of equal level.  In my friend’s defense, his pokemon were not EV trained.

Because I got my Sylveon in a trade, and because I use her for almost all battles, she would quickly rise above the current level cap for Pokemon obeying me.  But this was only slightly annoying and not too detrimental, because even with several moves of doing nothing there was no way my Sylveon was going to die.  But yes, my Sylveon does get a little snooty.

Who is your favorite Pokemon?