First off, sorry I haven’t posted in a while!  However, it will probably be like this every year: the end of December means finals – sometimes until the 23rd (gee thanks Rutgers) – and then Christmas preparations, of which always includes making some of my raspberry tarts!

But on to important matters, the long awaited pokebank was supposed to be released today!  And what do we get?  Nothing.  After first getting error codes from the shop being down for maintenance, we see the bank now has a “TBA” release date.  Also Japan, who got the bank on the 25th, has discovered the bank is now offline for them currently unusable.

What could be the cause of this?  Current speculation includes:

Yes, you read that right – the pokebank, supposed to shield our lovely 3ds world from the horrors of hacked pokemon, failed horribly.  That’s my personal favorite for the reason of recall – Game Freak dun goofed.  However, the damage has been done – hacked pokemon from Japan (and US users who have a Japanese 3DS) run rampant.  Don’t get me wrong, they tried a little: a few pokemon have been held back.  But, many illegal pokemon are making it through.

If you are unfamiliar with the status of pokemon, here is a quick rundown:

So again, you heard that right: Illegal pokemon, meaning blatantly hacked pokemon, made it through the pokemon bank.  These are the pokemon you can just look at and know are hacked.  Here are a few examples: 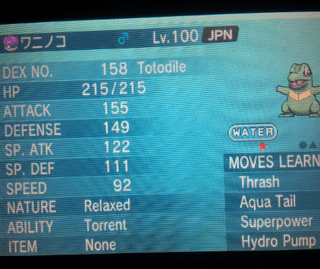 If the picture doesn’t immediately instill you with rage, allow me to explain: you can clearly see it’s in a masterball.  Totodile is impossible to catch in the wild; it is only a starter pokemon.  There is no way for this to happen. 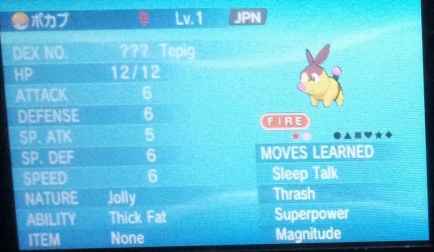 An Illegal Tepig with Thick Fat, which made it through the Pokebank 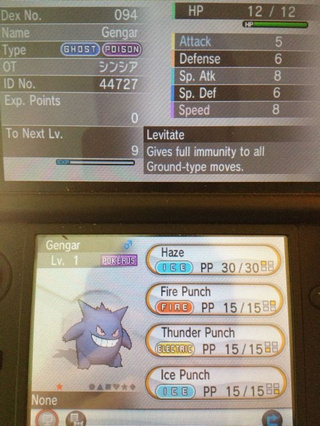 A level 1 Gengar that made it through the Pokebank

Level 1 Gengar, ’nuff said.  Please; the hackers couldn’t be any more obvious if they wanted to be. 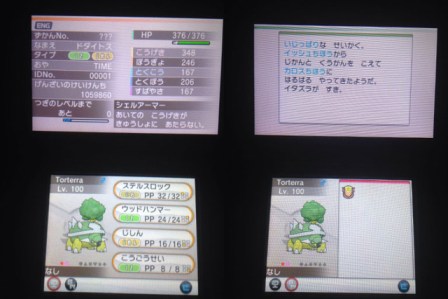 Another illegal, impossible pokemon: a starter with it’s dreamworld ability.  Just to add to the already overwhelming evidence of it being hacked, it’s also shiny and has a Priemer Ribbon.

After all is said and done, we once again can not trust pokemon to be legit.  The once clean GTS is now plagued with hacked pokemon.  If you are curious about a pokemon, you can always use https://www.pokecheck.org/ to test for legitimacy.  It’s not 100% accurate, but it’s a hell of a lot better than the Pokebank.

When will the pokebank be released for the US?  As of right now, no one knows.

One thought on “The Christmas Disappointment: The Pokebank Fails”