I recently had the pleasure of playing a normal game against a very, very stupid Jarvan.  For those of you who don’t know, Jarvan’s ultimate throws down a circular stone wall, trapping everyone inside – the opposing team and your own team.  Jarvan’s team can then mercilessly kill all the trapped enemies.  However, in case of trapping the wrong enemy or trapping your own teammates in a bad situation, Jarvan can cancel his ultimate and immediately lift the wall.  This is something that apparently is not common knowledge. 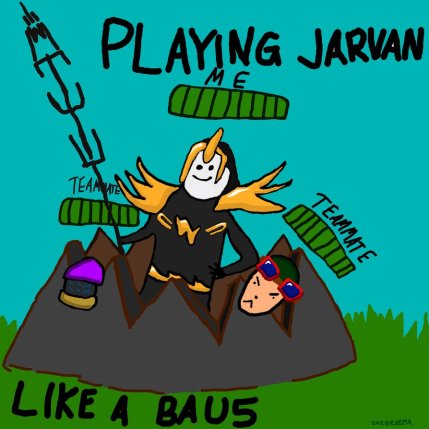 The fact that the opposing Jarvan refused to cancel his ult was great for me of course, but I’m sure his own team was raging at him.

The reason it was so terrible this particular game was because my team contained Anivia (played by myself) and Fiddlesticks (played by my sister).  Jarvan would place his ult and bam, icy Anivia death circle all over his own trapped team – not to mention the now inescapable Fiddlesticks ult.  As if that wasn’t enough, on more than one occasion  my sister actually flashed into the Jarvan ult to use her ult on his now trapped team.  And still, as they were sitting there getting wrecked, Jarvan did not cancel his ult.  His teammates must have been livid. 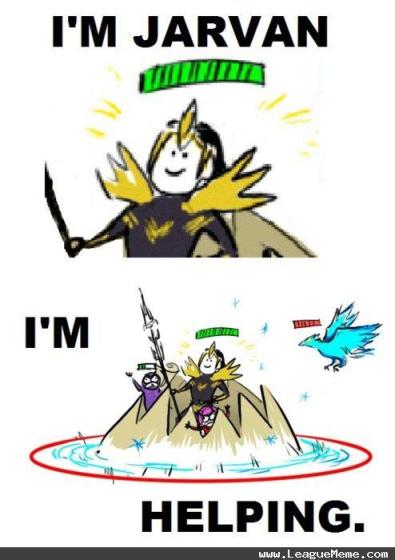 Other champions that go well with (or against) Jarvan would be anyone with ultimates like Fiddle, such as Kennen, Katarina, even Nunu.  Don’t think that an enemy Jarvan ult is always going to be against you: often times, it can help you out.  I would say though that finding a Jarvan that doesn’t know how to cancel his ult will only happen in normals or maybe some bronze level ranked matches.  What enemy champion has actually helped you out recently?