The Elder Scrolls Online is almost ready to be released!  There is not much time left to get the special pre-order rewards, so do that now!  Because you know you’re going to play anyway.  Also, if you pre-order, you can play 5 days sooner.

I have been playing as much of the beta as I can, and besides how terrible the female Argonians look, I love everything about the game.  It has definitely come a long way since some of the earlier beta tests.  It’s going to consume all of my free time I’m sure.  Here are just a bunch of screenshots from the game: If you pre-order, you get:

If you get the ‘spensive Imperial Edition you get more cool things, the most notable being a white horse!  Weeee-snawww!  Oh, and you can also make a character of the Imperial race. 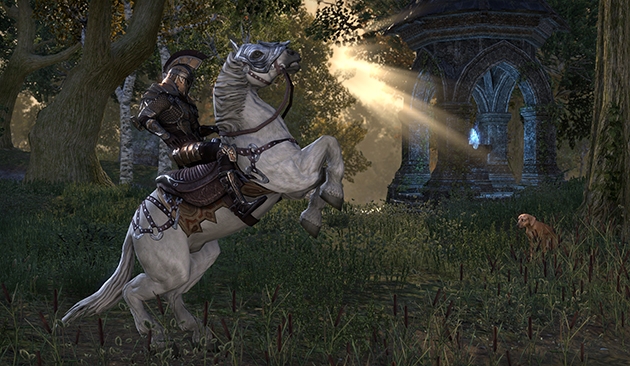 And another vanity pet comes with the Imperial Edition: A Mudcrab!  Baby mudcrab ermagerd so cute!