It’s that time again! Congrats to my top earning referrals!

I’m sorry it’s been so long since I last rewarded my referrals, so instead of the usual one winner there are three 650 RP winners! 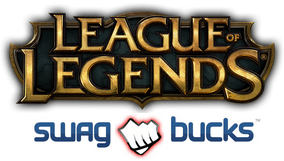 Runner up / on deck:

Winners: Message me on Facebook with your Swag Name, date joined, and total SB earned to confirm your identity and claim your 650 RP reward! If you do not claim your prize by March 31, 2016, a runner up will receive your prize instead.

I use a website called Swagbucks to earn money by playing video advertisements on my phone while I’m asleep, at work, or whenever I’m not using my phone. I earn 3,450 RP ($25) every month this way!

If you sign up to earn free RP with my link, I get a bonus from you based on how much you earn on the site. I use this bonus money (and my own money) for giveaways! As extra thanks to the people actually earning, this is a special giveaway for the people who’ve earned me the most.

As a side note, you don’t have to redeem your $25 per month for RP. You can use the $25 for nearly any gift card you want, such as Amazon, Ebay, or even just depositing it right into your Paypal account.

What is Runner Up / On Deck?

This category means “next in line to win!” These people did not win this time, but they are currently in the lead to win my next giveaway.

I signed up! Am I close to winning the next giveaway?

It all depends how many Swagbucks you earn for yourself, and how many Swaybacks other referees (your competition) have earned. Sometimes the competition is incredibly fierce, and sometimes earning anything at all can put you in the running. While I don’t have a continuous tally of who is in the lead, previous winners earned themselves a total of 3,500 to 20,000 points ($35 – $200) when they were selected as winners.

Redeeming your points (cashing out) does not affect your chances of winning.

I have another question!

It’s probably answered here. If not, send me a Facebook message.